Men’s diets, in particular the amount and type of different fats they eat, could be associated with their semen quality according to the results of a study published online in Europe’s leading reproductive medicine journal Human Reproduction «Dietary fat and semen quality among men attending a fertility clinic»

The study of 99 men in the USA found an association between a high total fat intake and lower total sperm count and concentration. It also found that men who ate more omega-3 polyunsaturated fats (the type of fat often found in fish and plant oils) had better formed sperm than men who ate less.

However, the researchers warn that this is a small study, and its findings need to be replicated by further research in order to be sure about the role played by fats on men’s fertility. Professor Jill Attaman, who was a Clinical and Research Fellow in Reproductive Endocrinology and Infertility at Massachusetts General Hospital and an Instructor in Obstetrics, Gynecology and Reproductive Biology at Harvard Medical School at the time of the research [2], said: “In the meantime, if men make changes to their diets so as to reduce the amount of saturated fat they eat and increase their omega-3 intake, then this may not only improve their general health, but could improve their reproductive health too. At a global level, adopting these lifestyle modifications may improve general health, as high saturated fat diets are known to be a risk factor for a range of cardiovascular diseases; but, in addition, our research suggests that it could be beneficial for reproductive health worldwide.”

A number of previous studies have investigated the link between body mass index (BMI) and semen quality, with mixed results. However, little is known about the potential role of dietary fats and semen quality, and so Prof Attaman and her colleagues set out to investigate it in men attending a fertility clinic.

Between December 2006 and August 2010 they questioned the men about their diet and analysed samples of their semen; they also measured levels of fatty acids in sperm and seminal plasma in 23 of the 99 men taking part.

The study found that the relationship between dietary fats and semen quality was largely driven by the consumption of saturated fats. Men consuming the most saturated fats had a 35% lower total sperm count than men eating the least, and a 38% lower sperm concentration. “The magnitude of the association is quite dramatic and provides further support for the health efforts to limit consumption of saturated fat given their relation with other health outcomes such as cardiovascular disease,” said Prof Attaman.

Men consuming the most omega-3 fats had slightly more sperm (1.9%) that were correctly formed than men in the third that had the lowest omega-3 intake.

Of note: 71% of all the men in the study were overweight or obese, and the health effects of this could also affect semen quality. However, the researchers made allowances for this. “We were able to isolate the independent effects of fat intake from those of obesity using statistical models,” said Prof Attaman. “Notably, the frequency of overweight and obesity among men in this study does not differ much from that among men in the general population in the USA (74%).”

The study is subject to a number of limitations that could affect the results; for instance, the use of a food frequency questionnaire might not accurately reflect men’s actual diets, and only one semen sample per man was collected. The authors point out that studies like theirs cannot show that dietary fats cause poor semen quality, only that there is an association between the two.

“To our knowledge, this is the largest study to date examining the influence of specific dietary fats on male fertility,” they write. But they conclude: “Given the limitations of the current study, in particular the fact that it is a cross-sectional analysis and that it is the first report of a relation between dietary fat and semen quality, it is essential that these findings be reproduced in future work.”

Prof Attaman and her colleagues are continuing to investigate how dietary and lifestyle factors influence fertility in men and women as well as the treatment outcomes of couples undergoing fertility treatment. 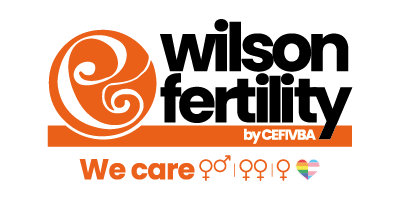